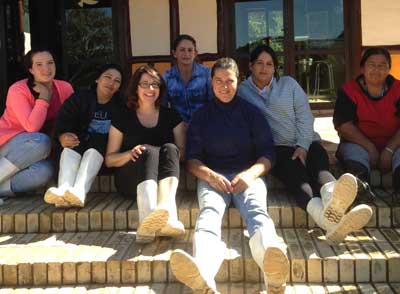 Up Close and Personal with Brazilian Wildlife

If you love animals, there may not be a better volunteer placement for you than the Wildlife Refuge outside of Curitiba, Brazil.

Jennifer certainly thinks so: she spent two weeks at the refuge, and says it was exactly the exotic, away-from-it-all experience she was after when she signed up with ELI Abroad.

“I wanted a trip that didn’t involve traditional sightseeing, so I recommend it to everyone who wants something different. But it’s also an amazing opportunity to observe wildlife closely, and to study what it takes to run a refuge.”

Jennifer lived on-site, and, during the day, worked with refuge staff feeding and cleaning the cages of a huge population of animals - everything from countless types of birds, foxes and wolves to spider monkeys, wild boar and jaguars. Some of the animals were found injured and brought to the refuge for medical care; others were rescued from illegal trade. 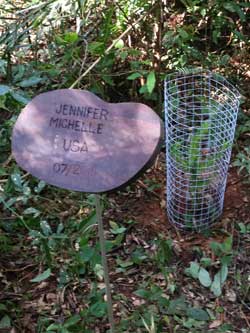 “I wish I had learned more about wildlife preservation and reserves before my trip,” Jennifer says, “so I could have understood more of why the animals were not released back into the wild.”

“They were very well cared for, though!” Jennifer adds, “The staff treat them with great respect and affection, making sure they’re safe, happy and fed. Actually, make that well fed!”

After breakfast, it was time to prepare food for the refuge animals.

“First thing each morning, we would chop the fruit, vegetables and meat that were assigned to each animal group.”

“The food would arrive every couple of days in crates from the city, and we would separate out the freshest items, saving the somewhat rotten food for the pigs. Hauling the heavy crates off the truck is physical work. I was worried I’d throw my back out, so I let the staff do that. But otherwise, I did everything they did.”

The day included power washing all the animal cages and delivering the food. The work offered an opportunity to watch how the animals lived and interacted with each other and their caretakers.

“The staff is very protective of volunteers,” Jennifer says. “They kept reminding us to be careful all the time, that some animals that don’t look terribly dangerous can be surprisingly aggressive. For example, the giant anteaters. Who knew anteaters could be fierce?”

It’s easy to get caught off-guard.

“When I was there, a staff biologist had her arm ripped open by a cougar. She knew better, but she got too close, and ended up injured. They’re in cages and enclosures, and they’re used to humans, but these are still wild animals.”

Jennifer communicated with the staff in Portuguese, although many of them do understand simple English. (For practicing your Portuguese, she recommends the Duolingo app.)

“I was already fluent in Spanish and used Duolingo to learn the sounds and basics of Portuguese.

In the evenings, Jennifer would relax after a long, hard day.

“I’d come back to the apartment, throw off my wet, dirty clothes and take a nice, hot shower. Since it was rainy season, it got chilly quickly. I often jumped into bed to keep warm and read books.”

The combination of physical work during the day, and calm evenings with books made for a restful, meditative stay. She recommends volunteers bring books or DVDs to keep them busy in the evenings.

“You need to download your reading materials onto your device before you get to the refuge,” she suggests. “Internet is slow to nonexistent there, and even cell phone coverage can be spotty.”

She also says to dress for the weather -- “Trust the staff when they say it will get chilly!” -- wear the rubber boots provided -- and bring “and use!” your mosquito repellent.

“I got some of my worst mosquito bites ever! Worse than during my two trips to the Amazon,” she laughs.

Would she do it again? In a heartbeat. “For me, it was a once-in-a-lifetime experience but I am very happy I went. I miss the people I met there. Brazilians are really, really nice.”

And grateful for her efforts.

“I was thanked for all I did. Apparently, some volunteers work harder than others,” she laughs. “Yet caring for these animals is hard work, so if you’re there, help out. Try to really lend a hand.”

Sound advice from an ELI Abroad volunteer who made a difference.

Interested in programs in Brazil? Visit our Brazil page