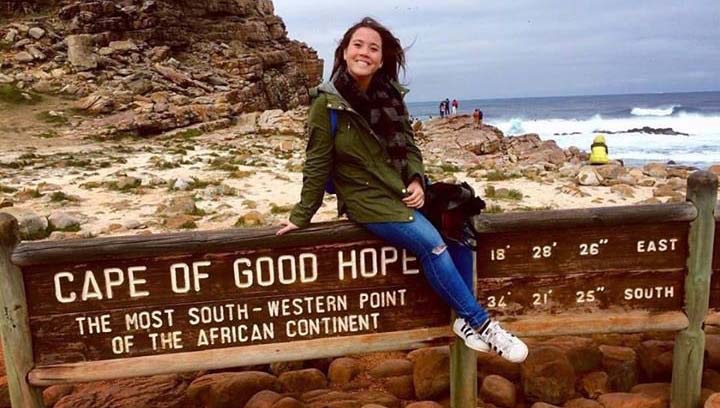 A Resume-Boosting Internship in Public Health

Shannon’s 2-month experience in South Africa is an example of how a well-chosen internship can sharpen a student’s academic focus and deepen her relationship with her field.

This rising senior was fascinated by Public Health before her trip; the ELI Abroad internship helped her find her niche and made her “fall in love with it.”

“I worked in HIV and AIDS in New York last summer,” Shannon says. “I did a lot of administrative and business work, which I liked. But I discovered I loved the research I did in Cape Town, and learned valuable skills most people don’t until grad school.”

Shannon chose South Africa because ELI’s Public Health program fit her academic needs and because a good friend had raved about Cape Town. Convincing her parents that South Africa was a good destination was another matter.

“They were concerned about safety, definitely. So we did a lot of research, and found that a lot of the crime you read about in Cape Town happens in townships into which I didn’t have a reason to go.”

She adds,”Most of the crime visitors have to be aware of is relatively minor - petty theft, pickpocketing. Tourists have to be street smart, and follow common sense: be aware of your surroundings, never go out alone at night.”

Shannon lived in Mobray, not far from University of Cape Town, in one of four group homes filled with students, international volunteers and interns

“I met people from all over: Holland, France, Chile. That alone was exciting.”

Her own internship was at the University of the Western Cape, where she was assigned to assist Diane Cooper, a renowned Public Health professor.

“I ended up doing a lot of work I’m proud of,” Shannon says. “It was an eye-opening experience in so many ways.”

Shannon helped set up of two significant research projects headed by Professor Cooper. The first focused on youth access to health services, the other on the uses (or lack of usage) of contraception among young women. 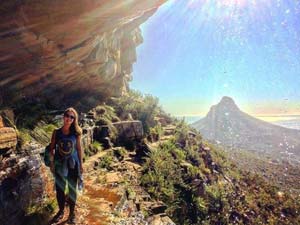 “I helped set up critical interviews, protocols and contact with various organizations,” Shannon recalls. “It made me realize just how much work it takes to set up a major study.”

Although Shannon says Professor Cooper was “laid back and relaxed,” she quickly shifts into describing her mentor’s generosity with her knowledge and time. Shannon was included in much of Cooper’s day, doing everything from taking meeting notes to assisting Cooper with creating a realistic budget to conduct the studies.

“I now know so much more about the financial side of research,” she says. “It definitely gives me leverage over most undergrads, who usually don’t have training in the business of Public Health until grad school.”

A highlight for Shannon was accompanying Professor Cooper to a huge international AIDS conference in Durban, a trip which Cooper generously paid for.

“Ten thousand people came!” Shannon exclaims. “Public Health workers from all over the world. It was great, great exposure.”

Shannon was especially struck by a workshop on women and contraception in Brazil.

“It was fascinating to see the work done in Brazil in light of what we were doing in Cape Town. These comparative studies were something completely new to me,” she says. “I’m fascinated by this approach to Public Health.”

Now back in the States, Shannon says the internship solidified her academic and career commitment to her field.

“Thanks to my work with Professor Cooper, I have a deeper, and totally different view of Public Health.

This isn’t something I’d have gained by sitting in a classroom.

It’s a big step - to do an internship abroad. But I’m so glad I pushed myself beyond my comfort zone to do it.”