Making an Impact in India 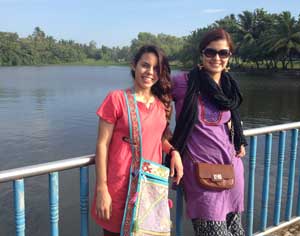 Nancy and her friend Diana spent only two weeks volunteering at a human rights organization in India; months later, staffers there are still talking about the two energetic, helpful young women.

Nancy and Diana are examples of how much you can gain, and how large an impact you can make, in just two weeks -- if you give your all.

“Volunteering and internships are like that,” Nancy say. “You get out what you put in. If you’re willing to go the extra mile, you’ll get it back, and then some.”

Nancy, a Nebraska graduate student in public administration, volunteered with a social services organization outside of Chennai, in the southern state of Tamil Nadu. Her main interest was working on behalf of trafficked women and children, although she also took part in the group’s other outreach programs and awareness campaigns.

“I got to do so much because I lived on site,” Nancy says. “I’d get up in the morning and jump into whatever was going on at the moment.”

Sometimes that meant playing with rescued trafficked children before they went off to school. At other times, it was helping the organization’s director research and write the Annual Report. She also accompanied staffers who’d put on plays at local villages and schools, plays aimed to raise awareness of gender violence and abuse.

“At one major show, where more than a thousand people attended, I wore a sari and helped sell tickets,” she says. “It really made me feel a part of the event.”

Language was sometimes a barrier – the locals speak mainly Tamil, although all educated people also speak English – but Nancy credits staffers and colleagues with giving her a lot of background information and translating as much as possible.

“I always knew what was going on,” Nancy says.

What’s her advice for prospective volunteers or interns in India?

“Go with an open mind,” she says right away. “Don’t have a very rigid idea of what you will be doing.” She explains that in a busy organization serving people in need, unexpected situations and crises sometimes arise. “At one point, I had to drop everything and take a sick child to the hospital,” she remembers.

Nancy also says, volunteers need to prepare themselves for some culture shock.

“The best way to deal with it is not to be judgmental. Keep reminding yourself that other volunteers have gone through the same difficulties and adjusted – you will too.” 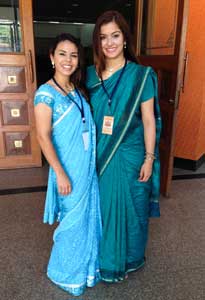 For Nancy, adjustment meant plunging into the Indian culture head on. With the help of ELI’s in-country coordinators, she bought an Indian-style outfit to help her fit in: a kurta, long tunic-like blouse worn with a scarf worn over the shoulders. She lived onsite at the organization, ate locally and always offered to help with whatever staffers needed.

The experience – besides being the adventure of a lifetime – gave Nancy an invaluable insight into the needs of disadvantaged populations.

“And I learned about writing an Annual Report. I had never done one before.”

That Report, complete with project descriptions that Nancy and Diana helped write, is now a key marketing piece for the organization. Every time staffers reach for it, they remember their contribution.

“They hold a special place in my heart, too.” Nancy says. “I want to go back. And not for two weeks – more like two months!”